Protests in Quetta, Turbat as victim families call for justice 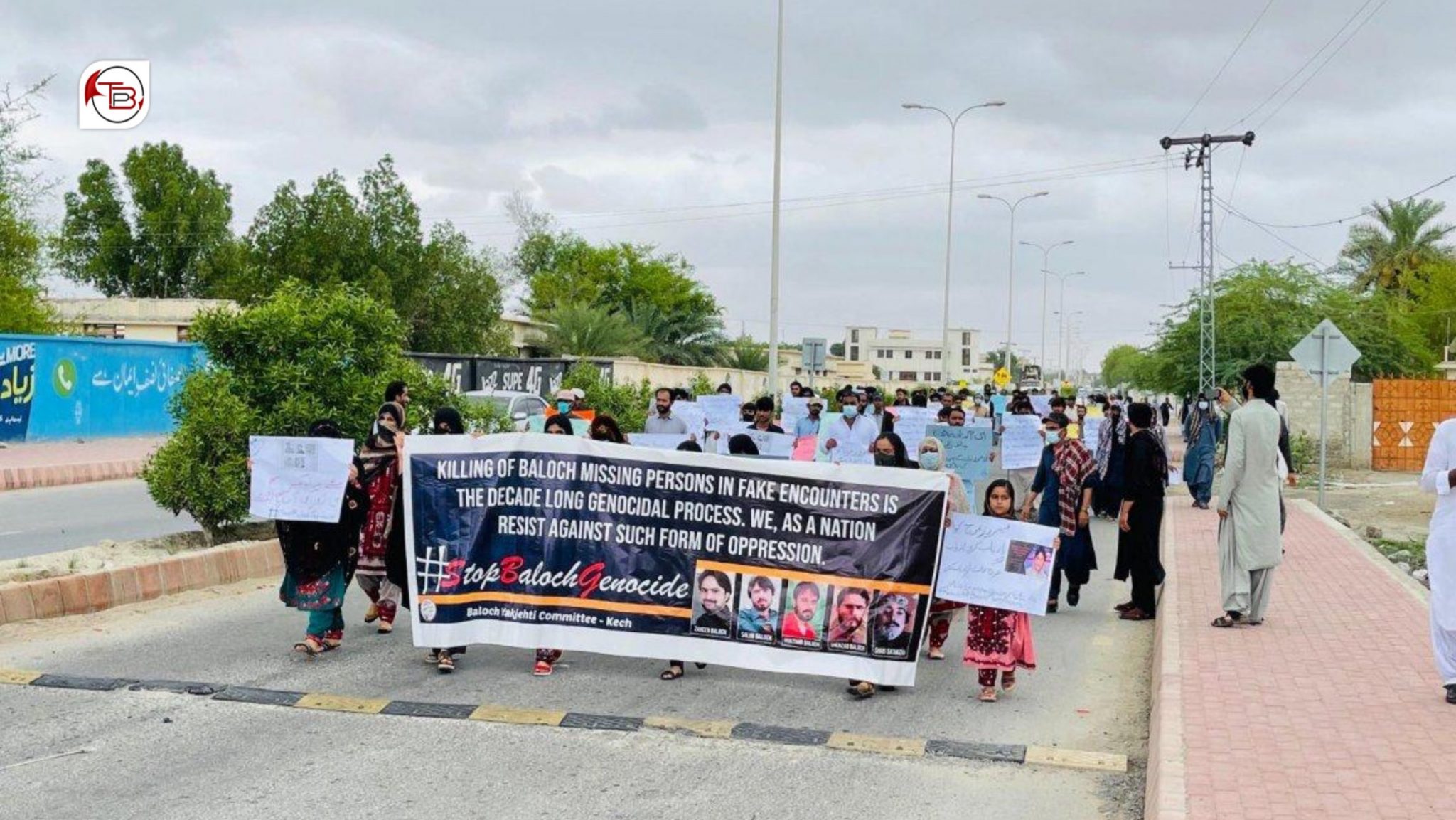 Protests were held in Turbat and the provincial capital Quetta on Saturday against the alleged “fake encounter” of Baloch missing persons by the Pakistani security forces in Ziarat.

The families of the victims have staged a three-day-long sit-in protest in front of the Governor’s House in Quetta and warned that if the culprits of the Ziarat incident are not brought to justice, the protests will be expanded throughout Balochistan indefinitely. Hundreds marched in Turbat, carrying placards and banners and demanding justice for the victims of the alleged “fake encounter.” The BNP-Mengal also carried out a protest in Dalbandin, Dera Allah Yaar, Chaghi, Noshki, Turbat and Jafarabad against the Ziarat incident. Activists on social media condemned the “fake encounter” and campaigned for the perpetrators to be given the comeuppance. The hashtag #StopBalochGenocide trended on Twitter in Pakistan for hours.

The families of the victims of the Ziarat incident have staged a three-day long sit-in protest in front of the Governor’s House in Quetta. They are also joined by activists of the Voice for Baloch Missing Persons, the National Democratic Party and the Baloch Yakjehti Committee. The protestors claim that the nine men killed in the Ziarat incident were Baloch missing persons who were picked up by the Pakistani security forces. The protestors say that the victims were killed in a “fake encounter” by the Pakistani security forces and demand that the culprits be brought to justice.

The protestors said five of the nine men were immediately identified as Engr. Zaheer Baloch, Salim Baloch, Shehzad Baloch, Dr Mukhtiyar Baloch and Shams Satikzai, and all of them were missing persons. The families say that the five men were “abducted” by the Pakistani forces.

Two other victims of the incident have been identified as Shak Baksh Marri and Jumma Khan Marri who were allegedly picked up by the Pakistani forces. The killing of the nine men in the alleged “fake encounter” has triggered fear and anxiety among the families of the Baloch missing persons that their loved ones would meet the same fate.

The protestors in Quetta have put forth three demands – the government must launch a judicial inquiry into the Ziarat incident; the Baloch missing persons currently held in custody must be safely released, and the government must assure the families that their missing loved ones will not be executed in a “fake encounter.”

The protestors said that despite the demonstrations and the social media campaigns, the authorities are not taking action to alleviate the grievances of the families of the victims. If anything, the men in power are trying their absolute hardest to frame the nine men as insurgents, the protestors said, referring to the statement by Zia Langove where he said the victims were “militants.”

The families gave a three-day ultimatum to the government and said that if their demands are not met by Tuesday, they will expand the protests throughout Balochistan. Despite the stormy weather in Quetta and torrential rains, the families are determined to continue the protest– they have set up makeshift tents outside the Governor’s House and are refusing to budge.

The post Protests in Quetta, Turbat as victim families call for justice appeared first on The Balochistan Post.