Day of the disappeared marked by demonstrations 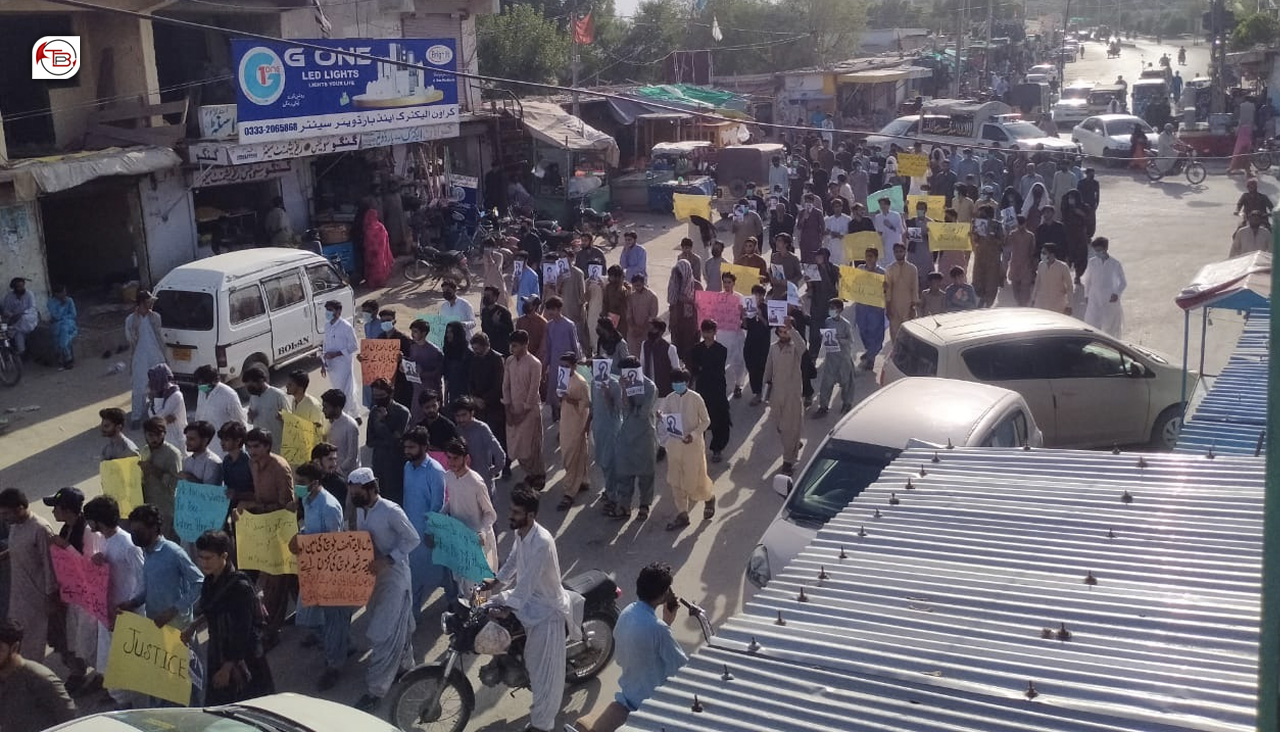 Families of the missing persons, political workers, human rights groups and the general public took to the streets to mark the International Day of the Disappeared on Tuesday in Khuzdar Karachi and Islamabad. The demonstrators condemned the violent practice and demanded the missing persons be released forthwith.

The International Day of the Disappeared, on August 30 of each year, is a UN-designated day created to draw attention to the fate of individuals imprisoned at places and under poor conditions unknown to their relatives and/or legal representatives.

The Human Rights Commission of Pakistan (HRCP) carried out a demonstration in front of the Karachi Press Club on Tuesday to mark the day against enforced disappearances. Human rights workers, political activists, families of the Baloch and Sindhi missing persons and members of the general public participated in the demonstration, holding banners and placards and demanding the safe release of the thousands of victims of enforced disappearances.

A large number of journalists, writers and publishers were also in attendance who condemned the practice of enforced disappearances and demanded the safe release of Faheem Habib Baloch, also known as Fahim Lala, who was allegedly detained by Pakistani security forces from Karachi’s Urdu Bazar. A human rights activist and a publisher, Faheem was reportedly picked for sending books to Germany.

The speakers condemned enforced disappearances as an egregious violation of human rights and demanded the missing persons be safely released. They said that instead of protecting the civilians, the Law Enforcement Agencies are the ones forcefully abducting and throwing them into jails on baseless charges. They said that what’s happening in Balochistan and Sindh is nothing short of a human rights catastrophe – hundreds are in the custody of Pakistani security forces and are being denied access to lawyers and their family members.

The speakers said if someone is found guilty of a crime, they should be charged and prosecuted legally in a courtroom.

Rights activists and Baloch students also carried out a demonstration in Khuzdar on Tuesday to commemorate the international day against enforced disappearances. The demonstration started at the Raziq Chowk and culminated in front of the District Court where the speakers addressed the crowd.

The speakers said that the security forces are behind the rampant enforced disappearances in Balochistan. They said that since day one, the Pakistani state has implemented the policy of brutality to deal with the Baloch people – they have blatantly violated our rights, forcefully detained our youth and killed innocent Baloch missing persons in fake encounters. The speakers said the courts are there to deliver justice – if someone has committed a crime, the courts should be the ones to decide theif fate.

Saira Baloch, the sister of missing Rashid and Asif Baloch, said that my brothers have been missing for the past four years. She said that I Have exhausted all the legal avenues – I have knocked on the doors of courts and even the missing person commission, but instead of hearing my plea, they rubbed salt on my wounds. She said that my family is suffering from collective punishment; we are forced to carry out protests in Karachi, Quetta, Khzudar and Islamabad, hoping that someone would show mercy on our condition, but to no avail.

The Baloch Yakjehti Committee also held a demonstration in the federal capital Islamabad to express solidarity with the victims of enforced disappearances. Scores of demonstrators, predominantly Baloch students, gathered in front of the National Press Club to demand an end to the violent practice and the safe release of all Baloch missing persons.